We Provide a Chardham Yatra Packages From Haridwar  and We Covered All Plcaes in Uttrakhand .

Start your drive to Haridwar form Delhi. On your way to Haridwar, get your Biometric test done for the Yatra. On reaching Haridwar, check-in to your hotel. In the evening, visit the Har- Ki- Pauri to attend the grand Ganga Aarti on the banks of Ganges. Later, return to the hotel for dinner and have a comfortable stay at night.

This morning, you depart for Barkot / Jankichatti. Barkot is a beautiful hill station which is located on the foot of Yamunotri. As you drive through Mussoorie, you can visit the famous Kempty Falls on your way. On arrival at Barkot, check-in to your hotel/camp. Rest of the day is free to relax and store your energy for the Pahad (hiII) Yatra of Yamunotri the next day. Dinner and Overnight stay at Barkot.

After breakfast, depart for Hanumanchatti (40 Km), Janki Chatti (8 km). Here you will begin the First Pahad Yatra of Yamunotri (6 Km trek). You have an option of hiring palki or a horse for your trek. (Cost Not Included). The trek passes through lush green valley, a profusion of conifers, rhododendrons, cacti and several species of Himalayan shrubs. Yamunotri (altitude 3,291 m), the western most shrine of the Char Dhams, is snuggled in the Banderpunch range (6,361 m). Yamunotri is the source of the river Yamuna, the twin sister of Varna, the Lord of Death. Yamuna is also the daughter of Surya the Sun. The actual source of the river originates from Champasar Glacier 1 km a head of the shrine, at an altitude of 4,321 mts. On arrival by afternoon in Yamunotri take holy dip in Yamuna River and perform Pooja. Return via the same route back to Barkot, check in at Hotel / Camp. Dinner and Overnight stay at hotel in Barkot.

After breakfast check out from the Barkot hotel and drive to Uttarkashi. On arrival check in into the hotel. Uttarkashi is situated on the banks of river Bhagirathi and is famous for its historical monuments, Temples & Ashrams. In the evening, Visit the famous Vishwanath Temple. Dinner and Overnight stay at Uttarkashi.

Early morning breakfast at hotel and drive to Gangotri. Nestled in the magnificent Garhwal Himalayas, Gangotri is set at an altitude of 3048 m. Upon arrival at Gangotri take a holy dip in the sacred river Ganges which is also called Bhagirathi at its origin. Visit the Gangotri Temple. The 18th century’s temple dedicated to Goddess Ganga is located near a sacred stone where King Bhagirathi worshipped Lord Shiva. Ganga is believed to have touched earth at this spot. The temple is an exquisite 20 ft. high structure made of white granite. After performing Pooja Late afternoon drive back to Uttarkashi. Dinner & Overnight stay at Uttarkashi.

Leave for your next destination, Guptkashi after having your breakfast early in the morning. On reaching, check-in to the hotel. Guptkashi is located at a distance of 47 km from the holy shrine, Kedarnath. The town holds immense religious importance as it houses famous ancient temples like Vishwanath Temple and Ardhnareshwar Temple. Get your medical checkup done for your next day’s journey to Kedarnath. Have your dinner and stay overnight in the hotel/camp.

Early morning after breakfast check out from the hotel and drive to Sonprayag. From where, you will start your 20 km trek to Kedarnath. You can hire a Doli or a horse, for your trek (Cost Not Included). Mandakini, one of the main tributaries of the Ganges originates at Kedarnath and flows through Gaurikund. “Jai Bholenath” chants echoes in the mountains. The mists envelop the mountains and slowly lift away. When you can view the picturesque beauty you are left mesmerized. On arrival check in at Govt. Camps/Lodges. Dinner and Overnight at Govt. Camps/Lodges.

Early morning you get up before dawn and after taking bath you are at the temple by 4:45 am for the ‘Abhishek’ to Kedarnath Shiva. Everyone can go inside Garbha Griha and touch the idol. You can also prostrate with your head touching the deity etc. After darshan and puja you come out of the temple and return to the Govt. Camps / Lodges. Later you’ll start the return trek of 20 km from Kedarnath to Sonprayag. The vehicles wait for you in Sonprayag Car Parking and you’ll drive to your hotel (Guptkashi/Rudraprag). Dinner and Overnight at Guptkashi/ Rudraprayag .

This morning, you check out of the hotel at 08:00 am and drive to Badrinath via Joshimath. After having your breakfast in the morning, check out of the hotel and start driving towards your next destination, Badrinath via Joshimath. Badrinath is an important pilgrimage site which holds immense importance for both Hindus and Buddhists. Badrinath temple is dedicated to Lord Vishnu and is set at a height of 3133 meter. After driving through some wonderful Ghat road you arrive at Badrinath. On arrival check into the hotel. After some rest and refreshments you are all set to go to Badrinath Temple for darshan in the evening. But first you have to go to Tapt Kund (Hot Spring), take bath and then go to the temple. Dedicated to Lord Vishnu, the temple of Shri Badrinath Ji is 15 meters in height, built in the form of a cone with a small cupola of a gilt bull and spire. Later back to hotel. Dinner and Overnight stay at hotel.

This morning, visit Badrinath Temple for Darshan. Later, return to the hotel for breakfast. After breakfast, you can leave for local sightseeing at Badrinath. Visit major attractions of Badrinath such as Mana Village, Vyas Gufa, Ganesh Gufa, and Mata Murti temple. In the afternoon, check out from the hotel and head towards Rudraprayag via Joshimath. En-route visit Karanprayag. Rudra Prayag holds great religious importance. Also, the town features stunning natural beauty and tranquility. On reaching Rudraprayag, check-in to the hotel. You can relax for the rest of the day or explore the beauty of Rudraprayag. Have your dinner and stay overnight at the hotel.

Early morning, after breakfast, you drive downhill to Rishikesh a spiritual city and the Yoga capital of the world. On reaching Rishikesh, go out for sightseeing. Visit Ram Jhula and Laxman Jhula. Evening drive to Haridwar. On arrival check in at hotel. Dinner and Overnight stay at hotel.

Morning breakfast at hotel, and you are on your last lap of this Chardham Yatra journey. Drive back to Delhi. On reaching Delhi transfer to Railway Station / Airport. 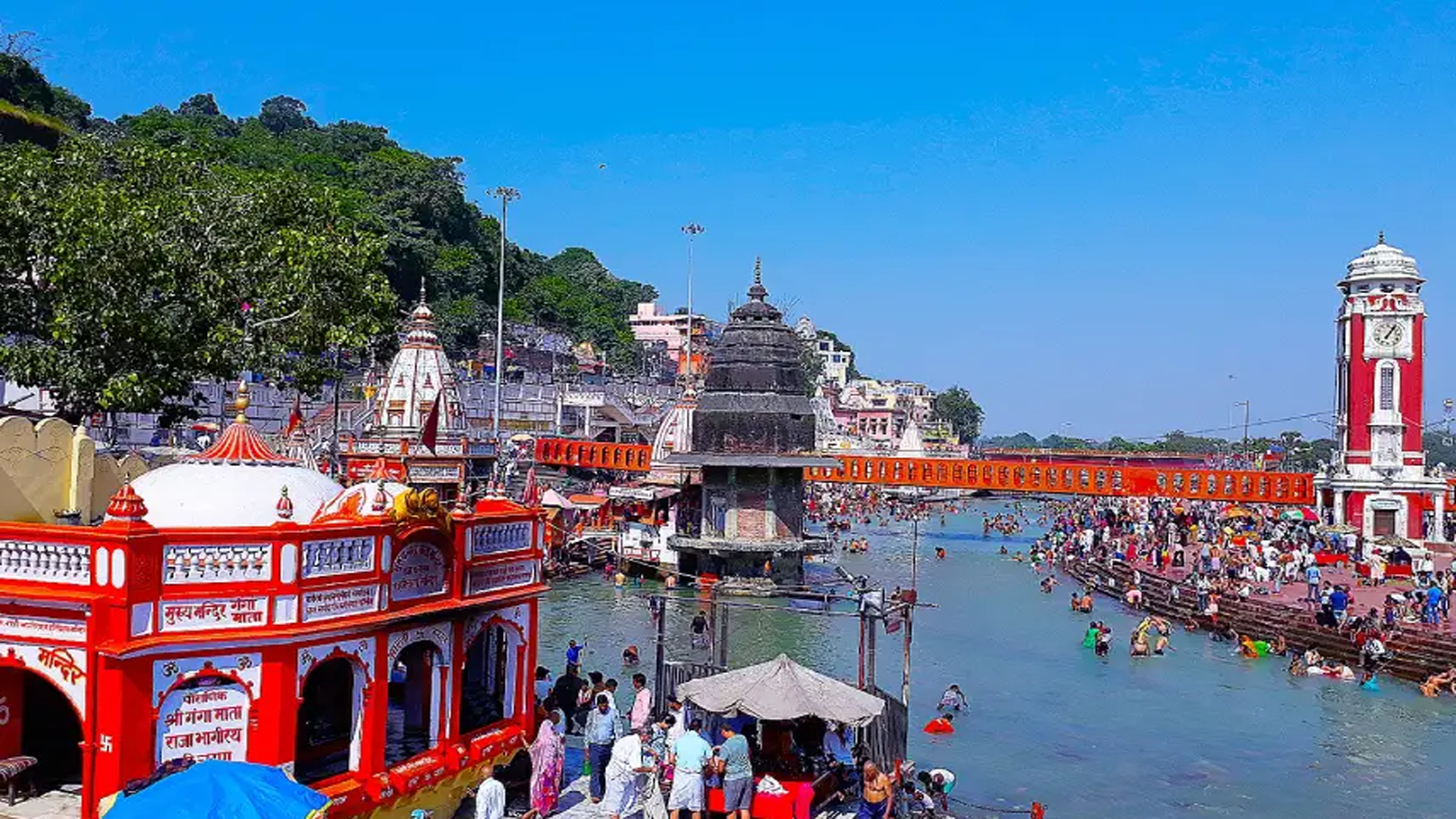 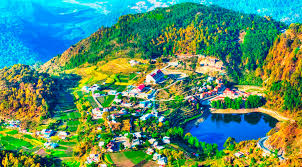